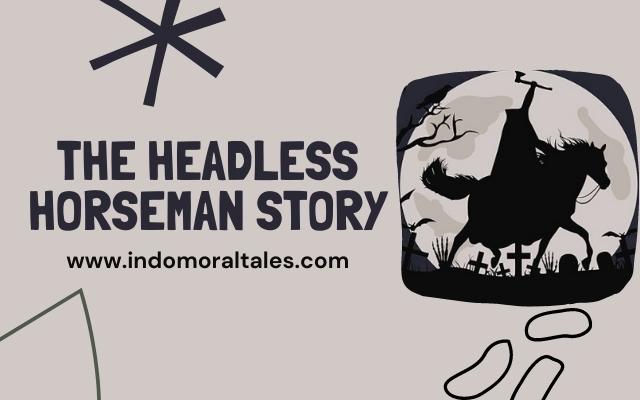 In the ancient times of New York, during the American Revolutionary War, there lived a horseman warrior.

According to the legend of the headless horseman, people believed that the horseman was recruited by the British into the American army.

The horseman lost his head in the battle of Chatterton. The opponents beheaded him and buried his headless body in a church near a small town called Sleepy Hollow.

Once a Dutch traveler was passing by Sleepy Hollow. As the sun set and night appeared, the traveler wanted to rest before he continued his journey for the next day.

To his scare, in the mid night, he saw snow coming towards him. At first, the traveler thought that it was snow. But as he saw the snow form clearly, it was of a headless horseman!

The snow form was slowly walking in the grass around the church, as if looking for something. The traveler with his lantern looked at the form clearly and noticed that it has no head!

The sight itself sent chills in the spine of the traveler. He immediately rushed packing his things without looking back.

But to his horror, the snow form is following him! The traveler ran till he came across a narrow path of water. He remembered that ghosts will not be able to cross water.

So, without any delay, he crossed the water path and ran a little further. Alas! In the dark, he could not notice the trench he fell in! He could not get up on his own as the trench was too deep, and it was utter dark!

The traveler kept shouting for help and got tired and fell unconscious in the trench till the next day villagers came and rescued him. The traveler narrated the horror story of the headless horseman to the villagers who listened to him with fear.

Have you read The Pied Piper of Hamelin story