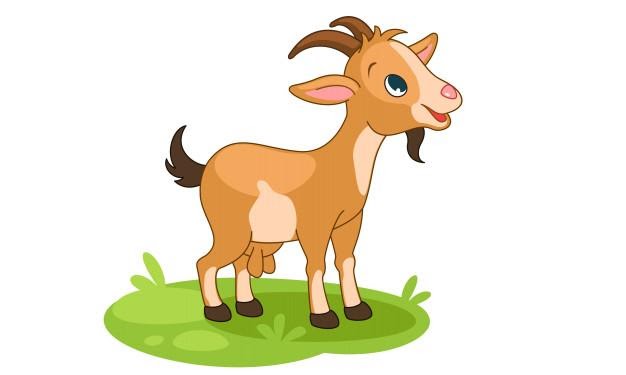 Moral stories carry children into a different world. One such example of a gripping moral story from Panchatantra is the story of the brahmin and the goat. Here is the full story for you:

Story of Brahmin and the Goat

In a village, long back, there lived a brahmin. His name was Mitra Sharma. He is known for his ardent performance of rituals and worships. He is also well-educated and knows good and bad.

At one time, it so happened that there were no rains in the village. The villagers thought of taking the advice of the brahmin. They approached him for the suggestion. The Brahmin suggested performing a ritual where they sacrifice a goat for pleasing the rain god. The entire village accepted.

The brahmin set his journey to the next village which is known to provide good quality of goats. To reach the village, he had to travel across a forest. He started and walked long and reached finally.

There, in that village, the brahmin approached a goat seller. He explained why he came and asked the seller to give him a good quality and healthy goat. The goat seller chose a nice quality goat for the brahmin’s purpose. The brahmin purchased it and started back to his village.

The brahmin carried the goat on his shoulders so that the goat won’t trouble him during the walk. After some time, he reached the forest which he had to cross to reach his village. In the forest, three thieves were sitting and waiting for someone to pass by.

The thieves have not obtained anything in recent times and they are starving with hunger. They decided to cheat anyone who is passing by and get some money or food somehow.

After some time, they saw this brahmin along with his goat coming towards them. They thought of a plan to cheat the brahmin and get hold of the goat to enjoy it for a meal.

Listening to this, the brahmin got angry. He shouted at the first thief, “ Are you blind? Can’t you see that I am carrying a goat, and not a dog! Get lost, you silly fellow!”

The first thief walked away listening to this.

After some minutes, as per their plan, the second thief crossed the path of the brahmin. He wished him Good day and asked, “ Sir, why are you carrying a dead calf on your shoulder? You want to bury it in the village outskirts or in the forest? Can I help you in this?”

On hearing this, the brahmin was irked. He retorted, “ you stupid! This is not a calf, and it is not dead! It is a live goat. What happened to your eyes? Are you able to see properly or not? Get going, move from my way!”

Saying this, the brahmin walked away with irritation and increased his speed of walking.

A little while after, the third thief came opposite to the brahmin. He was laughing all in himself so that he wanted brahmin to see his laugh.

The brahmin was observing his laugh and asked, “Hey man! What is making you laugh? Why are you laughing at me?”

The third thief replied, “ Sir, you are a great scholar. One can understand from your appearance. But I am surprised why you are carrying a donkey on your shoulder! I never saw brahmins do this. So, I laughed. Please don’t mind my laugh” he said.

Now the brahmin fell into doubt. “What is this? Why is this goat appearing like a dog, dead calf or donkey to the passersby? Did I buy a real goat or this is a dangerous genie? Oh my God! What is this!!”, he thought to himself.

Thinking so, he took the goat from his shoulders and dropped it onto the ground. He got scared to look at it considering it as a devil or something.

He ran away from it as soon as possible without even turning back.

The three thieves who were observing this and waited for this moment were more than happy. They went and grabbed the goat and made a nice meal out of it!

Origin of this story:

This story originated from Panchatantra tales; an ancient collection of stories based in India. They are known for their catchy narration using animals and humans to convey the morals to children. Since their origin, they underwent many narrations, but the main essence and the moral of every story remain intact. That is the beauty of these Panchatantra tales.

Moral of the story:

The three thieves in this story depict the bad nature of the society that is present all around us. The brahmin is well educated and is working on good intentions. But, due to the misleading talks of the thieves, he started doubting himself and his decisions.

This means we can get influenced by bad talks if we keep listening to them again and again. That is the power of bad talk, to influence the human mind and create self-doubt on one’s positive actions.

Thus, we have to be alert of such bad persons, bad talk, and bad thoughts that are trying to interfere or affect our thinking.

In the story, if the brahmin was strong in his mind that what he was doing is correct and that he is carrying a goat and not the calf, dog, or donkey, no words of thieves could have affected him. But he fell prey to the talk of the people around him, and thus, he created self-doubt about his actions.

Hence, if you feel you are doing the right thing, you must continue. In case of doubts, you can approach your parents, teachers, or mentors for clarity. You should not bother about people who try to bring you down or say anything against your plans.

We hope the story of brahmin and goat is clear now and that you enjoyed the moral behind it. Happy reading and please explore our other stories too. 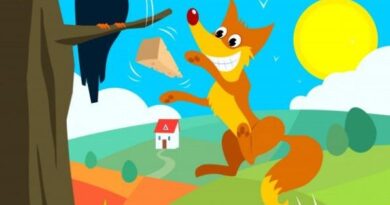 The Fox and The Crow Story for Kids 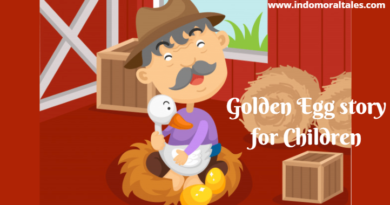 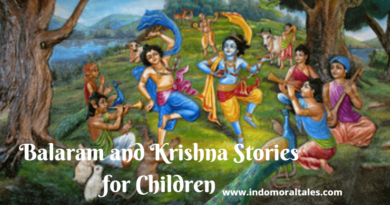