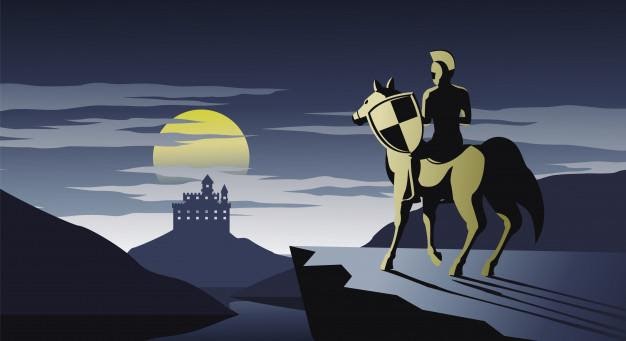 Chandamama stories are evergreen stories in the genre of Indian moral stories for children. The brainchild of Sri B. Nagi Reddy and Sri Chakrapani, who changed the way of storytelling in Telugu cinema, and edited by Kodavatiganti Kutumba Rao, the Chandamama stories are the most loved ones for the people of previous generations.

Infact, the Chandamama stories set a milestone in the history of Telugu and Indian moral stories too. Every home used to have a copy of Chandamama and Balamitra and children used to spend their time reading and entering into another world of beautiful fascinations.

The genres of Chandamama stories included anywhere from household aspects to fantasy islands and brave princes fighting demons to save princesses. The current lack of this beautiful collection of stories is a great loss for story lovers. Here we attempted to bring together the collection of Chandamama and Balamitra stories. Hope you will enjoy them as much as we did.

Great morals were conveyed in Chandamama and Balamitra stories through animals, thieves, saints, gods, old men, kings, and whichever possible character one could imagine in a story. The Chandamama and Balamitra stories were a part and parcel of the childhood of the previous generations. They inspired many great people and made them excellent directors, writers, movie makers and storytellers too.

The language used in these Chandamama and Balamitra stories was simple, lucid, and perfect. Parents used to encourage children to read them to gain perfection in the language too. Though they were started in Telugu, these stories gained equal attention and love from other languages such as Tamil, Hindi, and more. No wonder they were immensely loved by people of all ranges and ages equally.

The Innocent Son in Law

There lived a person with the name Somaiah in a village. He had a son-in-law named Kamaiah, who lived in the town. On one occasion, Somaiah thought to visit his daughter and in law and set his journey to town. On reaching the town, he started enquiring about the son-in-law’s house address.

Then he noticed everyone saying, “Oh that innocent Kamaiah, yes yes we know him.”

Somaiah was surprised why everyone is calling his son in law innocent.

Somehow he could find their address and reached the home. Though he wanted to ask his daughter and son in law about this matter, he restrained and kept silent.

In the evening, Somaiah was sitting in the verandah and reading the newspaper. Then Kamaiah came to him and said, “Mavaiahgaru (dear uncle), I found these 100 rupees note. I think it is yours please take it.”

Then Somaiah felt immensely happy. He wondered why everyone is mistakenly calling so responsible for a person as innocent. Then he said, “Thank you very much alludugaru (dearest son-in-law), but where did you find this? How do you know it might be mine?”

For this, Kamaiah replied, “Mavaiahgaru, I found it in the pocket of your shirt hanging to the wall hook.”

Now it is clear to Somaiah why the title is given to his son in law!!

Who will bell the cat?

In an old abandoned palace, there lived a gigantic cat. The place was also a home for numerous rats. The cat used to go nowhere for its food, but feast on the rats available in the palace itself.

The rats could not sleep in peace. They never knew where the cat would attack and kill them. It used to come in silence and catch its prey. Every cat lived with tension and fear all the time.

They were worried about their safety and called for a meeting among themselves. “How should they stay safe from this cat?”, this was their main question. An old cat came up with an idea.

“It’s so simple, let me tell you. If we tie a bell around the neck of the cat, we can hear it coming and stay alert and save our lives, what do you all say?”, it said.

All cats liked this idea very much. They felt it was the perfect solution to their problem.

Now the question came up, “who will bell the cat?”

Every rat looked at each other’s face but no one dared on its own to tie the bell around the cat’s neck. Even the old cat who gave the free advice never dared to implement it.

Meanwhile, the cat came silently from behind this group and caught its prey for the day.

Moral of this Chandamama story: All things are easier said than done. Everyone will give free advice, but only a few can really do and show the results.

Once there was a king. He ruled his people with fairness and justice. But the people always seemed to lack something. They were never fully happy despite how good the king ruled. Knowing this from his ministers, the King set out to know the reason why the people are not happy.

The king traveled all cities and villages. He did not see any lack of facilities or dearth for any basic essentials for his people. But still, he was surprised why people are not happy.

One day on his journey, in the evening, he sat near a lake to take a rest. He found an old man planting mango tree saplings there. The king was fascinated. “You look so old, do you think you will live till this tree grows up and bears fruits? Oh, Old man,” he asked.

The old man gave a pleasant smile and said, “Maharaja, I am not planting to eat its fruits all for me. I am very happy and content with what God has given me. I don’t need anything else more in this life. I am planting these trees for my future generations.”

The king realized the secret why this old man is happy and the others are not. He also appreciated the old man and sent him many gifts once he reached his fort.

Moral of this Chandamama and Balmitra story: Contentment is the key to happiness in life. We should always be happy with whatever God gifted us and try to help others without expecting anything in return.

Didn’t you check yet? Famous Akbar and Birbal’s stories.

You cannot satisfy everyone.

A shopkeeper and his son from a village set out to town to buy a horse. They went to the wholesale market where horses are sold and chose a good quality horse. They paid for it and started traveling back to the village both sitting on its back.

On the way, two strangers crossed their way. The strangers said, “Wow, what a nice horse. Poor soul, it is looking dull, maybe it is not able to bear these two people’s weight! God should have given some mind to these both!”

Saying so they left. On hearing this, the father and the son felt they were doing a mistake. The father got down the horse thinking he is adding weight to it. He is walking behind the horse and the son is sitting on it now.

As they moved a little further, an old man who was passing by noticed them. He said, “hey you young man, shame on you! You are strong, healthy, and hale, and sitting on the horse while your old dad is walking. You should at least have some sense of how to behave with parents and respect them.”

On hearing this, the son felt very bad. He thought, “yes I am making a mistake by making my father walk and me sitting here.”

Then, he asked his father to sit on the horse and said he would walk beside them. Accordingly, they changed their positions.

Now, after some time, a family with two children was going the same way. They kept making fun noises at the old man. The man from the family shouted, “Hey you big fellow, you are making your son walk and you are sitting royally on the horse! Learn how to love and take care of your children.” Saying this, the family left.

Now the father and the son were utterly confused. Finally, they decided to both walk beside the horse and no one would sit on it and burden it.

They kept walking beside the horse till they reached another village in the midway. A group of men was sitting near the village stone. They observed the father and the son. They laughed and commented, “Look at these foolish guys! They bought a horse but do not know how to make the best use of it. They can sit on it comfortably instead of walking so long!”

The shop keeper and the son looked at each other’s faces. To date, they didn’t understand what their mistake was.

Moral of this Chandamama story: You cannot satisfy everyone. People might say you are wrong, some people might support you. But if you feel if you are truthful, correct, and lawful, you can always do as your inner voice says. You need not pay heed to everyone’s comments. 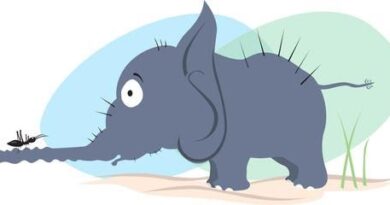 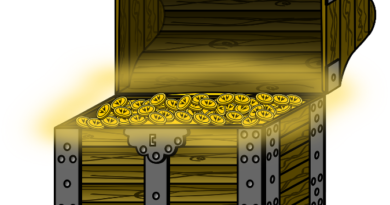 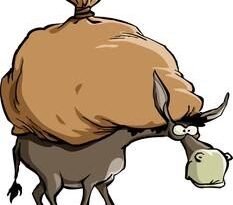