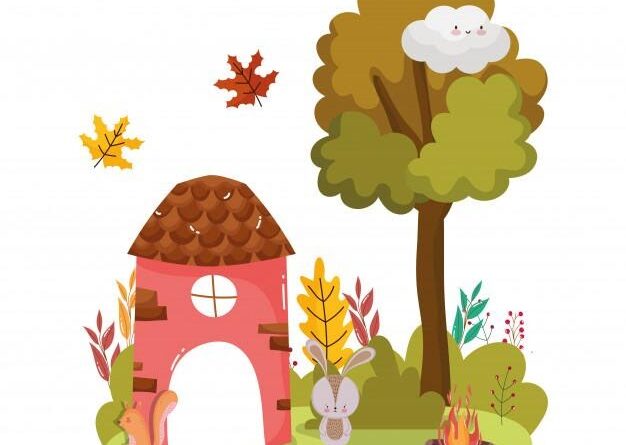 The Rabbit in the Moon for Children Story

There lived a rabbit with its two friends, a fox and a monkey. They once decided to practice charity on a full moon day. While going together, they saw an old beggar near the tree begging for food. They feel so sad for the old beggar and want to help him as he looked so weak with hunger.

The monkey jumped up onto the tree and plucked some fruits. The monkey laid the fruits in front of the old beggar.

Though the fox wanted to help the old man it was too lazy to find something edible for the poor old man. The fox grabbed some fish from the river nearby to offer the old man.

The rabbit was so confused and did not know what it could offer the poor old man. The rabbit could not climb up the trees or dive into the water to get food for the man.

The rabbit decides to gather some grass which is the only thing it could do. The rabbit remembers that the man cannot consume the grass and sits down unhappily.

The rabbit instantly remembers that man enjoys eating the meat of a rabbit. The rabbit sets the fire and suddenly jumps into the fire.

To everyone’s surprise, the fire did not burn the rabbit. The old man transforms into his original form of Sakra who is the ruler of God. The sakra tells the rabbit that he has been so selfless and kind in nature.

Impressed by the act of the rabbit, the Sakra draws the similarity of the rabbit on the moon. Therefore, everyone who looks at the moon will see the shape of the rabbit and remember its kindness.

Origin of the The Japanese story The Rabbit in the Moon

The Japanese story The Rabbit in the Moon is a popular story that has been described in different cultures in various parts of the world.

The story has different variations based on the beliefs of different country cultures. In the Japanese version, it is observed that the appearance on the moon looks like a rabbit pounding ingredients for making mochi. This story has originated in China but has been spread in different countries. It is believed that the Lunar image on the full moon day is covered with smoke due to the splash of smoke caused by the sudden jump of the rabbit into the fire.

Moral of the Japanese story The Rabbit in the Moon

The Moral of the story is to be selfless when it comes to helping someone in need. The rabbit knew that it could not afford something that is edible for the poor man to feed his hunger. The rabbit decided to sacrifice itself to fulfill the poor man’s hunger. It was being kind to help the person in need and also being selfless.

The selflessness of the rabbit made him live even after jumping into the fire. One should learn to be selfless and helping in real-life as well. It does not only mean sacrificing one’s own life but it depicts the idea of the extent of level when coming to helping someone.

One should think practically and be responsible for their acts. In real life, we cannot jump into the fire to feed a poor man’s hunger. It is important to remember that we need to do whatever possible to help a person who is in need.

When a friend of yours is in life danger and lost lots of blood in an accident. Here, one can donate blood if they share the same blood group or try to help them by contacting the ideal blood groups.

The little help we do today can make a major difference in someone’s life. One should not help others with expectations.

Selfless itself means not being selfish. The morals learned from this story can be applied in our day to day activities. We need to think practically before concluding to a decision to help others. If the help does not cause harm to you or anyone else then it is good. Do not endanger your own life in order to help others. Doing good is always appreciated and gives you positive energy for life.

One should look at the positives and negatives of anything in life. Being selfless and kind is important to live in a happy and healthy society. Being helpful to a person in need and making effort to fulfill their needs gives great satisfaction.

Lending a little help of your capability can make an immense difference in someone’s life. The rabbit acted selflessly and jumped into the fire to make himself the food for the old hungry man without thinking about the consequences.

The rabbit was indeed saved from the fire and has been outlined on the moon to signify the value of the rabbit’s kindness. If you help someone without any expectations and only for good then you will get better things in life. Helping with expectations is just like a business deal. One should be helpful to each other and lead a good life in society. Helping does not cause trouble for anyone. 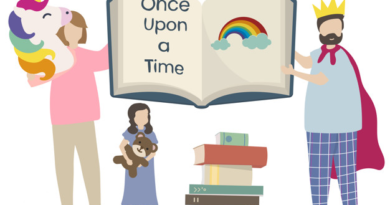 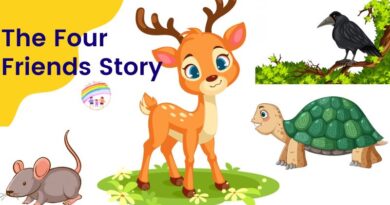 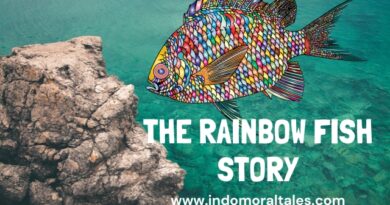