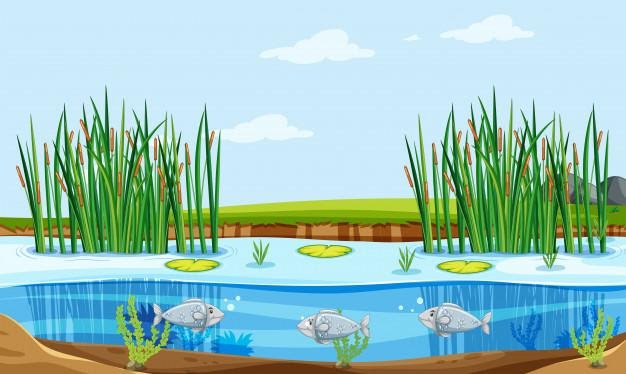 The Panchatantra collection has five series of stories – Mitra bedha, Mitrasamprapati, Kākolūkīyam, Labdapranasam, and Aparīkṣitakārakaṃ. Each one has its own line of thought process and are beautifully sculpted to teach what is right and what is not to the entire humanity.

They teach the life skills and human traits that one should possess to escape the harm and dangers that are ready to attack us if we are not on alert.

There was a pond in a forest. It was connected to a nearby river through small openings. There lived many fishes in the pond.

The meanings of the names of fishes are:

Once it was the end of the autumn season. The summer is about to start. Then the first fish Deerghadarshi observes that if summer begins, the water in the pond shall dry up leaving them no way to escape if any fishermen come to catch them. He knows that the openings to the rivers will dry up in extreme summers.

With this knowledge, he advises the rest of the two fishes: “I think it is good for us to move from pond to the river as soon as possible to protect ourselves from the summer season dangers.”

Listening to him, the other two fishes, Prapta Kalaghnudu and Deerghasutrudu laughs and does not care about his idea. They say, “ You are thinking and worrying too much. We are happy here and nothing will happen don’t fret much!”

But Deerghadarshi, who is known for his foresightedness does not listen to their advice. He thinks that they will soon realize why he suggested that and bids them goodbye. He swims into the river through the openings and lives happily in that deep waters.

After some days, summer starts showing its intensity. The water levels in the pond slowly start decreasing due to the evaporation caused by the sun’s heat.

A group of fishermen comes to that pond. They observe the pond and discuss that the pond water is good for them to catch fish easily. They start throwing nets for the same.

Before it knew what happened, the fishermen caught Prapta Kalaghnudu in their net. It thinks of a plan instantly. It pretends to be dead and does not jump into the air as many other fishes do. Considering it to be dead, the fishermen do not pay much attention to it. They keep catching other fishes and pay attention to loading them onto their boats.

Taking this as a good opportunity, the Prapta Kalaghnudu sneaks its way into the water again without falling into the attention of fishermen. Once in the water, it starts feeling sad that it did not heed the advice of Deerghadarshi. But then it thanked God for giving him an idea to escape somehow from the fishermen. It swiftly swims away from the fishermen’s reach to far away.

Within no time, fishermen catch Deerghasutrudu and throw it into the pile of fishes in the boat. It cries out of fear and starts jumping for life in the boat. Observing it jumping, the fishermen take a stick and beat it to death. Alas! The story of Deerghasutrudu came to an end in this way!

The first fish is far-sighted and wise. It can visualize the potential threats that may strike very ahead. Not just this, the fish also knew how to escape or protect from the upcoming hazards.

Not just being wise and farsighted, it was good and friendly too. Hence it advised its friends for their benefit. But the other fishes did not listen to them.

Moral to learn from fish Deerghadarshi: Stay wise, far-sighted. Think of problems as well as the solutions. Try to help your friends, despite whether they take your advice or not.

The second fish was quick-witted. Though it did not listen to the good words of the first fish, it could think of a life-saving idea and escaped somehow.

Moral to learn from fish Praptakalaghnudu: Be sharp in dangers. With thinking, nothing is impossible. You should never lose hope. You must try till your last moment, some miracle might happen.

The third fish was dumb. Neither it could listen to other’s good advice, nor did it have any intelligence to solve its own problems.

Moral to learn from the fish Deerghasutrudu: One foolishness will harm them at a later time. Always listen to good words from your well-wishers.

The way Panchatantra’s collection teaches morals is intriguing. Probably they are the best in the world in the sense that they engagingly teach morals through animal characters. This is the reason why they have been translated into many Indian and foreign languages.

Hope you enjoyed our retelling of the Three little fishes story in English for kids. Please share this story with your children and teach them the life skills they need to live happily when they turn into adults. 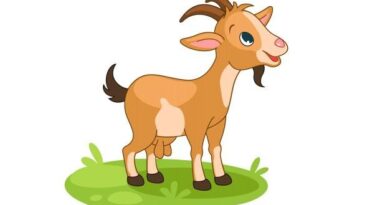