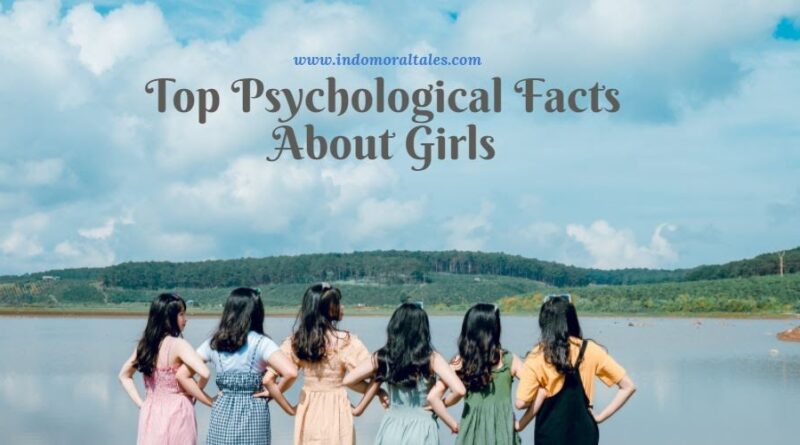 Psychological facts about girls are interesting not just because they reveal how a girl thinks or acts but also because science supports most of the points listed here.

This article outlines the top facts about girls and how and why they make sense.

The general saying is that girls talk a lot more than boys, and science supports it. In a recent research study, a professor explored the social networks and the relationships intertwining them. He found that girls do talk more than boys in general.

The only scenario where the boy spoke more was when the topic was his subject area of expertise, and he felt confident talking about it. In a relationship, the girls are usually the talkative ones, and the boys are the supportive listeners. In general, who talks more also depends on the context.

The same researcher split a group of people and allowed them to talk. In both groups, girls were the first people to start conversations and make small talk. Usually, girls speak what is on their minds while boys are more likely to ruminate on their thoughts before speaking up.

This behavior leads many people to think that girls are the chatty and more cheerful ones while boys are more serious, calm, and neutral.

We learned earlier that girls are the first people in the group to begin conversations with a stranger. On the same note, part of that conversation includes gossiping.

Girls yearn for social connections and feel the need to bond with the opposite person. So, they share bits and pieces of information to form that connection. Some girls even feel energized after sparking gossip and seeing it spread like wildfire.

On the other hand, there are also some girls who do not like to gossip as much and find it mentally draining to think and talk about all the different viewpoints. Part of the gossiping is also to gain useful information about the other person’s life and happenings.

There may be a reason why boys bring girls flowers and escort them to restaurants for dinners. One of the interesting facts about girls is that they like when boys treat them well.

They love it when their partner does sentimental gestures that they don’t usually do or remember to do. These gestures could be remembering her birthday, her friend’s birthdays, her favorite type of pizza toppings — little things mean a lot to her.

When such beautiful gestures touch her heart, she remembers them forever. Scientific research suggests that gender plays an important role in remembering events and emotional conversations. Girls absorb more energy and vibe during such events, which is why they also remember them better. They understand how the events made them feel.

So, they can recollect them at any time. The same research study concluded that girls remember events better even after a week or two weeks. The accuracy of the events and the detailed recollection were some of the facts about girls.

Fact #4: When a girl loves a boy, the drawbacks take a backseat

This point is not to say that the couple will not fight at any point in time. They often do. But when a girl falls in love, she forgets those little differences that might have annoyed her had she been just friends with her partner. The process of falling in love is different for boys and girls. Both end up in the same boat, but girls tend to give the benefit of doubt to boys in many cases than vice versa.

Fact #5: Girls make better decisions and are more likely to stick with them

Girls, unfortunately, have a stereotypical persona that they have fickle minds and that they can neither make quick decisions nor stick with them. However, a survey of more than six hundred participants suggests otherwise. All the participants were in good positions as board members, so decision-making as part of their job.

The survey concluded that women are more likely to make better decisions by considering the points of view of others and their rights. The authors of the study also mentioned that companies that hire women to be part of their boards of directors succeed in the long run.

The survey found that while men were likely to abide by the rules and regulations, women considered all aspects of the situation and made a decision that benefits everyone.

Fact #6: Science results are in: women are better multitaskers

For ages now, societies applaud women for being a mother, a wife, a daughter, a boss — sometimes all at once. While they are not always acknowledged to the same degree, women can manage all these tasks because they are excellent multitaskers.

Until recently, scientists were debating whether multitasking means actually getting things done or just doing many little things at the same time and not being productive overall. Recent scientific research suggests that women are really the better multitaskers.

In order to explore these interesting facts about girls, scientists decided to test the theory of cognition.

The theory suggests that a person’s walking pattern changes when they do a verbal task at the same time. Scientists say this change in men but not in girls. In fact, girls did not have any change in their walking style while talking on the phone and signaling to someone across the street at the same time.

This evidence suggests that women can multitask better than men, and be more productive as a result. On the other hand, the study found that boys are less productive at switching tasks rapidly.

Their mind needs time to adjust to the new situation, new constraints, and the new to-do list. Girls can do it at the same time.

The wonderful ability of girls to give birth to a new life has blessed them with higher pain tolerance. Pain tolerance refers to how long a girl can bear the pain before it crosses the threshold.

This concept is different from the threshold, which refers to how long a girl can wait before she experiences pain. When doctors analyzed more than 11,000 medical records, they found that girls can tolerate more pain.

However, when they cross that threshold and feel the pain, they do so more intensely than boys. Girls reported these thoughts to the doctors, so the records are based on personal experiences, so there is no one answer that fits all.

Fact #8: Girls experience more stress, and deal with it by socializing

Science suggests that girls and boys deal with stress differently. Their reactions vary both mentally and physically, so there is no sure way to quantify it or compare the two groups. However, in general, girls report more than boys that they are stressed out.

This difference is currently 8%. Girls are also more likely to employ strategies to deal with this stress and get themselves on the other side.

Fact #9: Silence is the tool for every girl

Emotional outbursts are not uncommon, but silence is the tool that every girl uses to express her anger, hurt, and sometimes even pain. The power of silence is undoubtedly the most powerful tool to use.

The uncomfortable quietness will convey exactly what the girl wants to say. Silence and body language are a dangerous combination that makes the situation very uncomfortable for the other person.

Every person appreciates compliments when they are sincere. Girls are no different. Girls view compliments as a solid way to improve relationships and strengthen the bonds with their partners.

This does not mean that the partner can give fake compliments, because the girls will see right through them. Sincere compliments appreciate surface features of the girls like the way they dress, smile, or laugh.

Deep compliments that girls appreciate include admiring their mind, their humor, and other traits that are related to personality and are not tangible in nature.

But when a girl hears a compliment, it is natural for her to feel slightly suspicious and make sure the partner means it. This trait leads girls to have low esteem and question the giver, which leads to fights every once in a while.

One of the interesting and fascinating facts about girls is that they always speak what is on their minds. This is rooted in their psychology because they make it a point to share what they are thinking right there and then. In relationship, this trait helps them to have more transparency and confidence in sharing their feelings and deepening the bond with their partner.

To do this, boys must not try to guess what their partner is thinking. Understanding how they think, what might be on their mind, and what they need in that moment takes experience as well as a few failures.

These top psychological facts about girls are useful to peek inside their minds to see what they are thinking and how their mindset affects their actions. 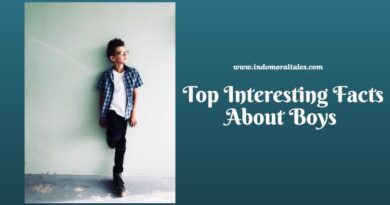 Top Interesting Facts About Boys Every Boy Should Know 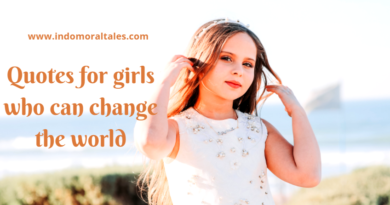